Recorded by Bayerischer Rundfunk at BR Studio 1 (Munich, Germany), from 3rd to 6th April 2018.
This recording was made possible through the support of the city of Augsburg.
Diese Aufnahme wurde gefördert durch die Stadt Augsburg. 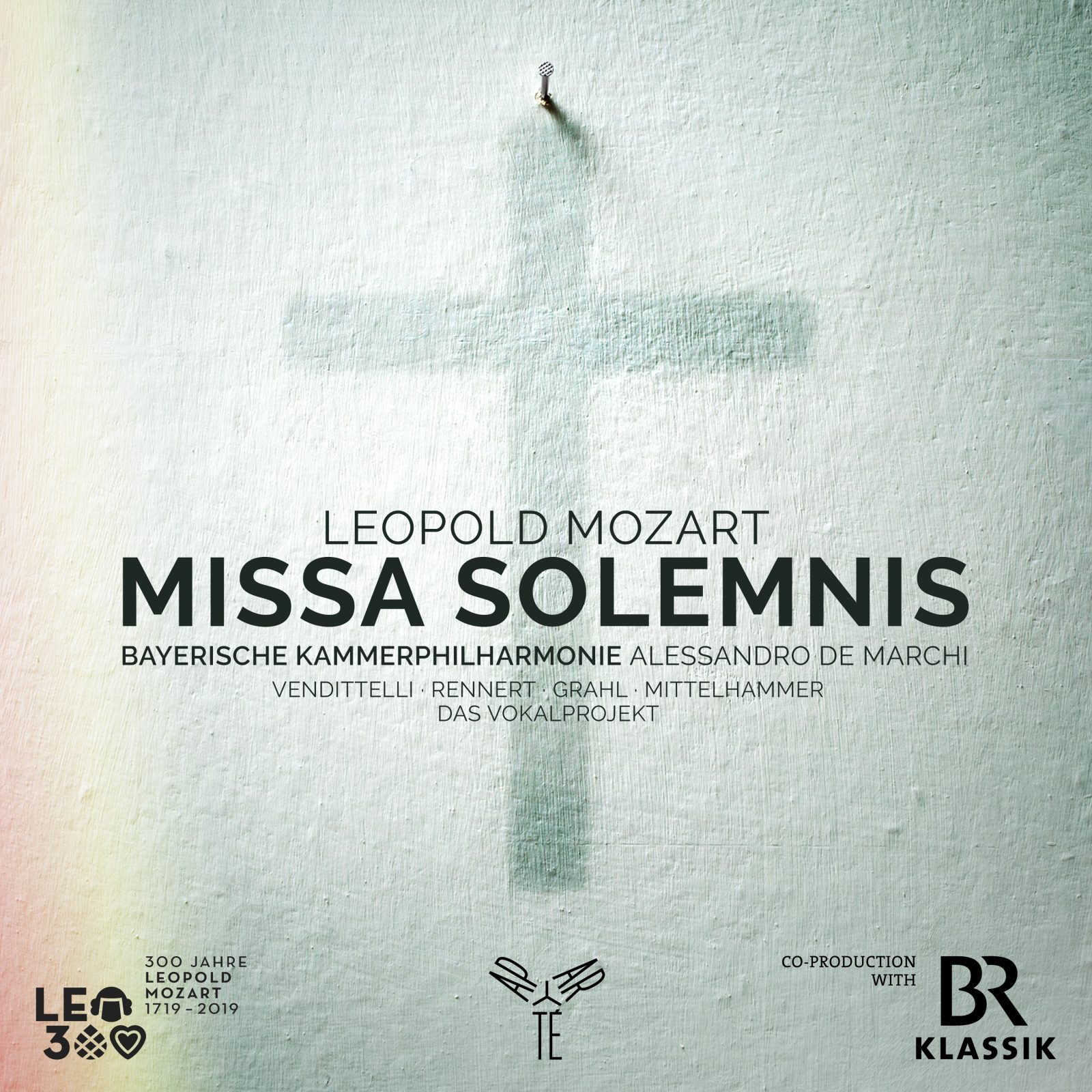 “Right after God comes my Papa”: these were young Wolfgang's words of praise for his father Leopold Mozart.

2019 is the anniversary of Leopold that Aparté celebrates with a gorgeous recording of his Missa Solemnis. Alessandro de Marchi, who ran the Innsbruck Festival of Early Music right after René Jacobs, conducts the beautiful Bayerische Kammerphilharmonie from Augsburg, where Leopold was born.

By paying homage to the father, the disc put an end to the eternal inequality of treatment, saving the father from collective oblivion and worldwide overshadowing by the child prodigy.

For a long time, the Missa Solemnis haunted Wolfgang's catalogue but we now know for sure that it’s Leopold’s.

Committed to the Leopold legacy owing to his native city of Augsburg, the Bayerische Kammerphilharmonie, together with the Vokalprojekt choir, apprehend this work afresh. In this research, they find in Alessandro de Marchi an ally and passionate champion of unknown works, who knows how to highlight the Neapolitan subtleties from the strict contrapuntal style of this mass.

For those who’re desperately rummaging the second-end market to find the only out of print recording of the Missa from 1982, a new and invaluable record is now available!

Every delight reveals as much of young Mozart’s early influence as it does of his father’s talent.
Matthew Power - Choir & Organ