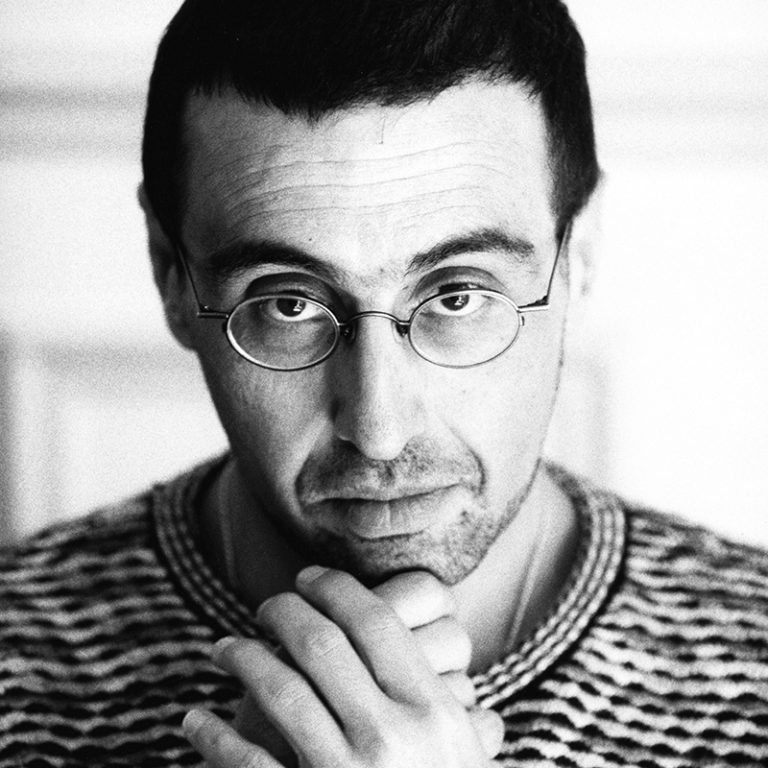 Alexander Paley is widely acclaimed for his dazzling technical prowess, his exceptionally broad and extensive repertoire of concerti and solo piano works, and the depth of his unique and personal interpretations.

The Washington Post called Paley’s 1991 debut with the National Symphony a “flawless performance,” and since then, he has earned similar accolades for performances with the Los Angeles Philharmonic, Boston Pops, Aspen Festival Orchestra, Minnesota Orchestra, and the St. Louis, San Diego, Utah, Colorado, Milwaukee, Seattle, and Syracuse Symphony Orchestras. He made his Carnegie Hall debut with the American Composers Orchestra in the 1996–7 season with the world premier of a new concerto by Sheila Silver, at which time The New York Times wrote: “The pianist … played like a man possessed”.

Recital appearances throughout the United States have taken Alexander Paley to San Francisco, Los Angeles, Richmond, Atlanta, the Kennedy Center in Washington DC, Chicago’s Allied Arts Series, and the Seattle International Festival. A favorite with audiences in Washington, DC, Alexander Paley gave the first of his now annual recitals in the 1999–2000 season, playing the dedicatory recital for the German embassy’s new Bluthner piano and also playing at the Dumbarton Concert Series with a program featuring J.S. Bach’s Goldberg Variations and French Suite No.5. The Washington Post review of this recital began: “Once in a while, never often enough, a recital is so exhilarating that it reaches far into the intermission, which becomes a delicious interlude between the lingering vapors of superlative artistry already experienced and the enormous pleasure of knowing there is still more to come”. Since that first recital, his annual return to DC has included the com- plete Mozart Solo Sonatas in 2004 and an « all Liszt concert » that was recorded and heard on WET’s “Front Row Washington” in 2011.

Born in Kishiniev, Moldova, Alexander Paley began his piano study at age 6. He gave his first recital at age 13 and at 16, he won the National Music Competition of Moldova. Subsequently, he studied at the Moscow Conservatory with Bella Davidovich and Vera Gornostayeva, completing his graduate work in 1981. He went on to win major awards, including First Prize at the Leipzig International Bach Competition in 1884, the Bösendorfer Prize in 1986, the Grand Prix at the first International Pancho Vladigerov Competition (Bulgaria) in 1986, the Grand Prix Young Artist Debut (New York) in 1988, and First Prize at Aiex de Vries (Belgium) in 1990.

Prior to his defection to the United States in 1988, Alexander Paley performed frequently as a recitalist and soloist throughout the former Soviet Union and Eastern Europe and was a featured soloist during numerous tours with the Moscow Virtuosi under Vladimir Spivakov. Alexander Paley now continues to perform extensively throughout Europe and China, including concerti performances with orchestras including the Orchestre national de France, the MDR Orchestra, Orchestre philharmonique de Radio France, Orchestre philharmonique Monte-Carlo, Lithuanian State Symphony Orchestra, Latvian National Symphony Orchestra, Orchestre de chambre de Paris, and Montreal Symphony. Conductors he has played with include Myung-Whun Chung, Ivan Fisher, Marin Alsop, Zdenek Macal, Lawrence Foster, Peter Ruzicka, and Jean- Claude Casadesus, among others.

Alexander Paley has partnered eminent artists such as Bella Davidovich, Mstislav Rostropovich, and Vladimir Spivakov, and has performed chamber music with important ensembles, including the Vermeer, Ysaye, and the Fine Arts string quartets, as well as with principal players from major orchestras, including the MDR Leipzig Orchestra, the New York Philharmonic, and the Orchestre philharmonique de Montpellier.

The year 2011 marked the 20th anniversary of Alexander Paley’s festival at the Moulin d’Andé in Normandy, France. This festival, a week-long series of recitals, lieder, and chamber music concerts, has become a highlight of the season for many French music lovers. It has been the subject of an hour-long documentary by Russian television, which has been broadcast thoughout Eastern Europe, as well as Israel. As part of the festival, in 1997, Mr. Paley made his conducting debut with performances of Pergolesi’s La Serva Padrone and Telemann’s Pimpinone at the Theatre of Evreux Scene National in France. Since then, he has conducted and played the complete J.S. Bach Concerti for solo pianos, two, three, and four pianos; the complete Mozart Concerti for solo piano, two, and three pianos; the complete Beethoven piano concerti; Mendelssohn Concerti for piano solo with the Ensemble Orchestre de Paris; and conducted Verdi’s La Traviata at the National Opera of Moldova. In addition, Mr. Paley has a yearly festival in Richmond,Virginia (USA), which has drawn both popular and critical acclaim for its bold programming and brilliant performances since its creation in 1998.

Alexander Paley has made numerous recordings of a wide range of works, including the complete solo piano works of Balakirev (E.S.S.A.Y), works by Scriabin and Weber (Naxos), cello and piano sonatas by Chopin and Rachmaninoff (with cellist Alexandre Dmitriev) (Accord), the Liszt transcription of Beethoven’s Septour (Musidisc), the world premier recording of Giovanni Sgambati’s piano concerto with the Orchestre philharmonique Montpellier (Actes Sud Musicales), a 1994 recording of Anton Rubinstein’s Piano Concerti No.2 and No.4 with the Russian State Orchestra, a 2003 recording of the Sheila Silver piano concerto with the Lithuanian State Symphony Orchestra (Naxos), a recording of works by Jean-Louis Agobet with the Pro Philharmonique Orchestre of Strasbourg (Timpani). Mr. Paley has recorded a series of CDs on the Bluthner label as well as a DVD titled « Bluthnersoiree with Alexander Paley », featuring Schubert/Liszt Song Tanscriptions (live performance) from Leipzig. His last releases include both Enesco cello sonatas with cellist Alexandre Dmitriev and the complete Enesco violin sonatas with violinist Amiram Ganz (Saphir).