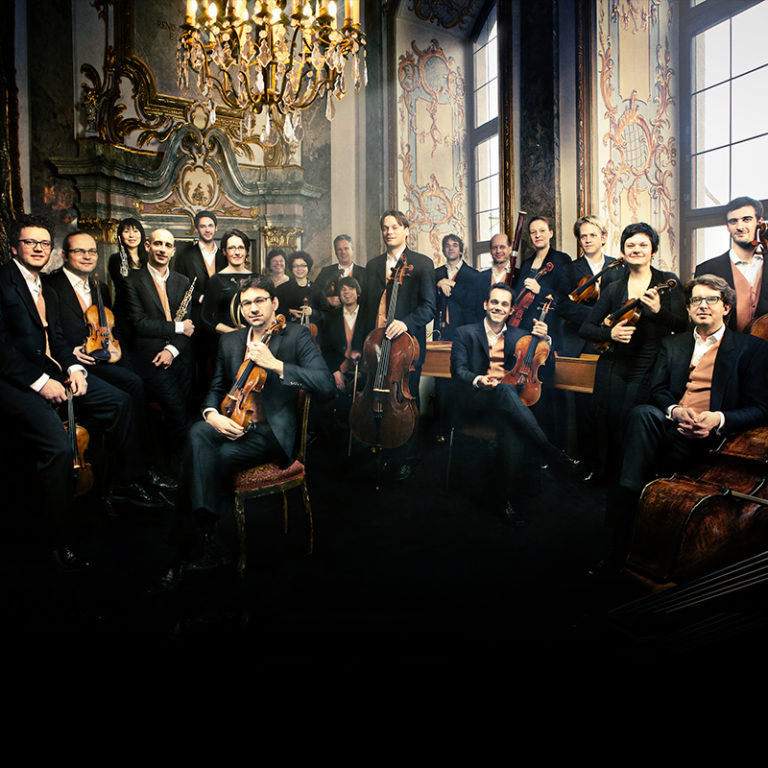 The ensemble was founded in Augsburg in 1990 in order to present concerts and programmes of its own devising at the highest standard. Only two years later a co-production with Bayerischer Rundfunk resulted in its first CD, with music by proscribed composers from Theresienstadt, which received accolades from the international music world.

In 1996 the Bayerische Kammerphilharmonie was the recipient of the Advancement Award for Music from the Society for Culture Promotion of the European Economic Circle. Concerts in Germany and abroad, invitations to international festivals, numerous CD productions and collaborations with soloists and conductors such as Reinhard Goebel, Christopher Hogwood, Michel Plasson, Dietrich Fischer-Dieskau, Albrecht Mayer, Mischa Maisky, David Geringas, Jens-Peter Maintz, Mirijam Contzen, Maximilian Hornung, Nils Mönkemeyer, Julia Fischer, Julia Varady, Konstantin Lifschitz, Leonidas Kavakos, Mstislav Rostropovitch, Dave Brubeck and Chick Corea, or with personalities such as Walter Jens and Norbert Blüm, attest to the high quality of the ensemble.

Since 2004 the Bayerische Kammerphilharmoie has organized its own concert series unerhört with up to seven concerts per year in Augsburg. In early 2009 the orchestra appointed Reinhard Goebel as its first guest conductor in order to be able to deepen its successful collaboration with this distinguished musician.

The orchestra has produced CDs for all the leading European labels. In December 2003 its recording of Antonio Rosetti’s Horn Concertos twice received the highest award of the BBC Music Magazine. The new recording of Karl Amadeus Hartmann’s Violin Concerto with the violinist Suyoen Kim was a great international success, and several radio stations in England and Belgium voted it a reference recording out of all hitherto versions worldwide. The CD Mozart in Paris, with Reinhard Goebel, which was a co-production with the cultural office of the city of Augsburg, was awarded the coveted Diapson d’or prize in February 2008. In the same year the orchestra received the ECHO Klassik for the CD Armida, with the soprano Annette Dasch. A recording of Mendelssohn’s Concertos for Two Pianos, with the conductor Christopher Hogwood and the Silver-Garburg Piano Duo, appeared in 2009. Among the many recordings made with Reinhard Goebel, the CD Mozart 6 Concerti per il violino, which was released in January 2014, should be given a particular mention as it received highest commendations from the musical press.

The orchestra’s great interest in contemporary music is reflected in numerous first performances: composers such as Annette Fox, Alexander Rosenblatt, Manuela Kerer and Moritz Eggert have written works for the bayerische kammerphilharmonie. And the orchestra will premiere three new compositions by Malin Bång, Richard Dünser and Juan José Chuquisengo to celebrate its 25th anniversary during the 2015/16 season.