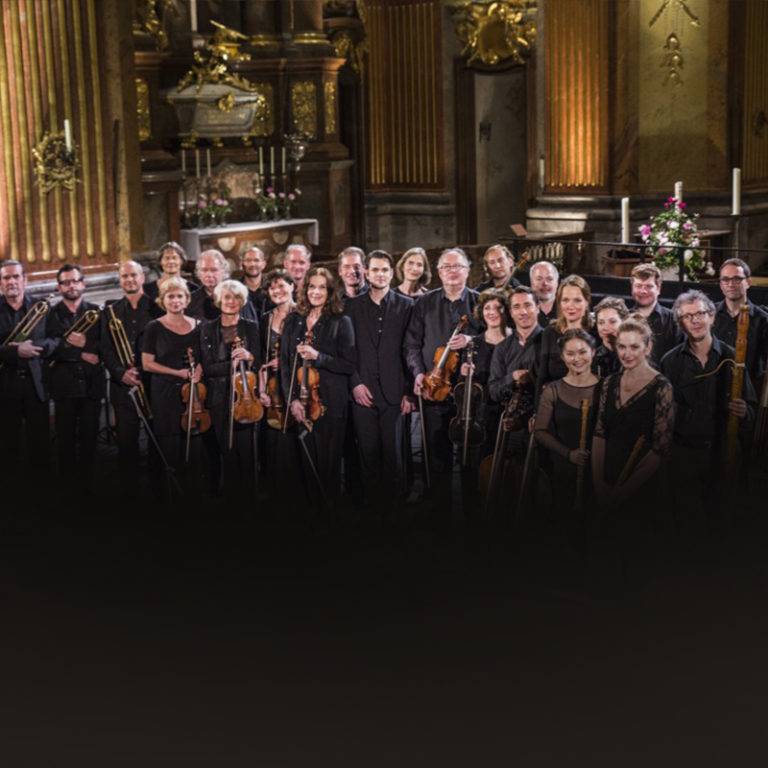 For more than 60 years, Concentus Musicus Wien was the home port of its founder Nikolaus Harnoncourt and the departure point for his musical journey. Characterised by its intensity and its authentic, vibrant interpretation of great works of music, the ensemble’s approach has always been deeply rooted in Harnoncourt’s demand that each and every member of the group engage in the creative process and personally understand why things should be done in a particular way. As a result, the ensemble itself became an active musical partner, infused with the spirit of each work. Inevitably, the group developed its own highly distinctive musical language.

“Art is always new”, was Nikolaus Harnoncourt’s credo. Decades of cooperation have left a deep-rooted legacy in each musician, making it unthinkable for the journey to end after his death. That is why the aim of Concentus Musicus today is to take the flame he kindled, stoke it, tend it, and eventually see it blaze into new life.

The familial atmosphere among the group’s members has always been an important foundation of its work. In this spirit, Concentus Musicus is renewing itself from within – Stefan Gottfried as the new musical director, in cooperation with Erich Höbarth, Andrea Bischof and Nikolaus Harnoncourt’s grandson Maximilian Harnoncourt, will work together to shape the ensemble’s future.

The fact that the great musician and artist Nikolaus Harnoncourt, who so deeply influenced generations of musicians, realised his last major projects with Concentus Musicus (Mozart’s Da Ponte cycle, The Magic Flute, and ‘instrumental oratorio’ comprising the last three symphonies, as well as Beethoven’s symphonies and Missa Solemnis) represents an obligation and a responsibility to keep this inimitable musical spirit alive and continue to cultivate it.