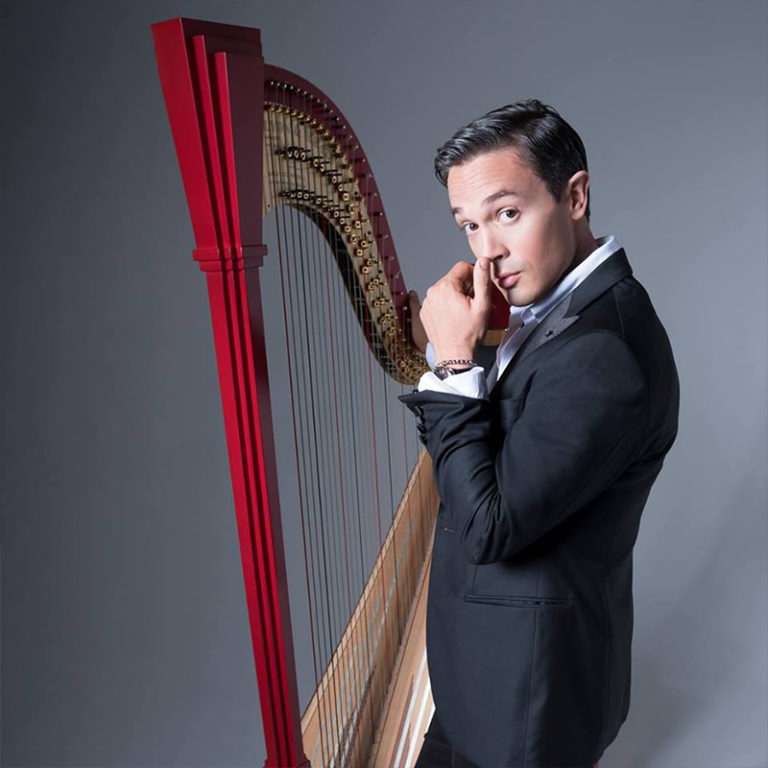 Chosen as the Principal Harp of the legendary MET Opera Orchestra amongst 75 others of his best peers in a totally blind and anonymous audition process, Emmanuel Ceysson moved to New York in 2015 from Paris, leaving the Harpist chair of the Opéra National, that he had won aged 22.

Born and raised in France, he was admitted unanimously as a student of the prestigious Paris Conservatoire when only 16, and then managed to collect the highest international distinctions and prizes in the course of 10 years :

He also took part in important music festivals all over the planet including the Cartagena Music Festival, the Mecklenburg Vorpommern Festival, the Hong Kong Premiere Performance, the Caramoor summer season...

As a recording artist, his wide discography covers solo, chamber music and concerto harp repertoire with labels such as Naxos, BR klassik, Naïve, Aparte, and received praises from the specialized press.

Finally, he also invests lots of time teaching masterclasses worldwide, leads a pro-bono harp development program for Latin America in Colombia with the help of the Fundacion Victor Salvi, and teaches a harp studio at the Mannes School of Music.