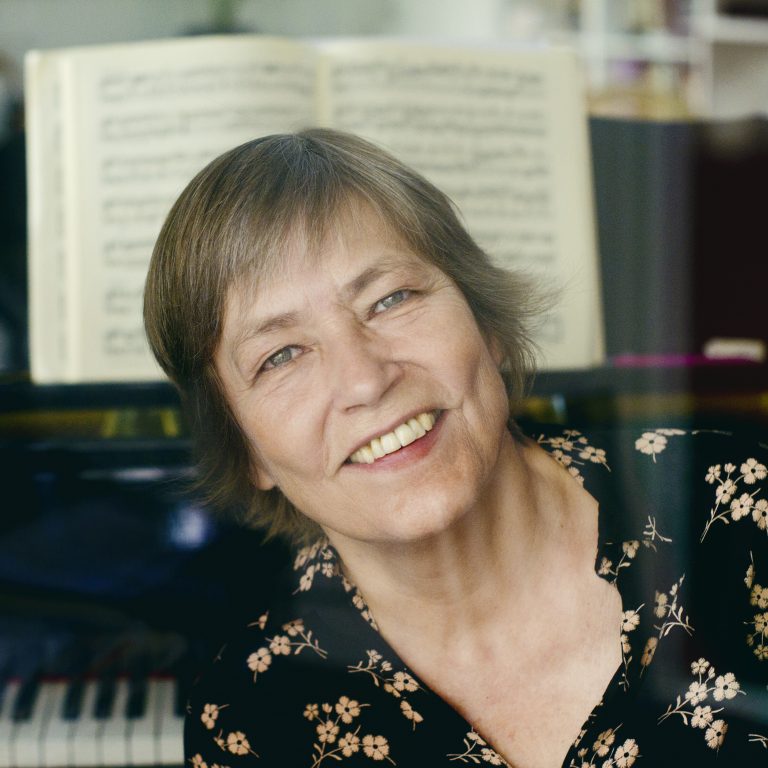 Hortense Cartier-Bresson enrolled at the Conservatoire National Supérieur de Musique et de Danse de Paris at the age of 15, where she obtained no less than five “premiers prix”. Later admitted to the “cycle de perfectionnement”, she met with the great Hungarian pianist Gÿorgy Sebök and was invited to study in his class at the University of Indiana in Bloomington (USA).

Rapidly noticed as “one of the most remarkable pianists of her generation”, she obtained the 3d prize at the Liszt-Bartok Contest of 1981 in Budapest (1st prize not awarded). Thereafter, a brilliant career started leading to recitals or solo performances on the international stage with great orchestras such as the Orchestre de Paris directed by Ricardo Chailly and the Detroit Symphony Orchestra directed by Antal Dorati.

She was appointed to a piano professorship at the Conservatoire de Paris in 2011.

A singular and passionate musician, Hortense Cartier-Bresson approaches music of all kinds with the highest integrity. She is especially appreciated as a chamber musician. She has played with many others including Roger Muraro, Raphaël Oleg, Ayako Tanaka, Philippe Graffin, Pierre Fouchenneret, François Salque, Henri Demarquette, Xavier Gagnepain and the Quatuor Ébène.