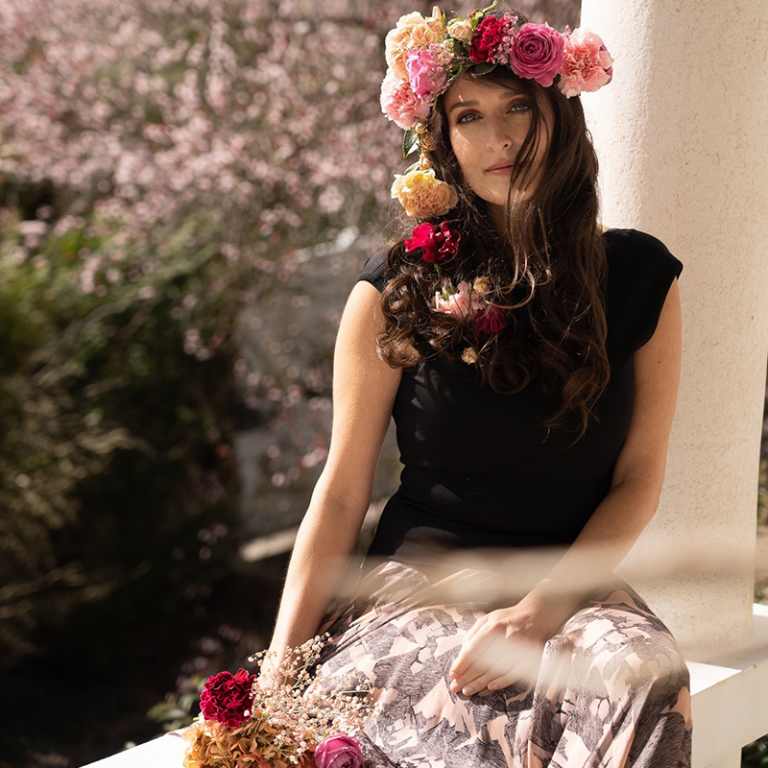 Julie is a guest artist at the Festival des Forêts and has the support of the Villecroze Foundation.

She regularly performs in recitals and cycles of among others, Poulenc, Fauré, Debussy, Schubert's lieder, Turina, de Falla, Liszt.

She is frequently invited to give sacred music concerts, such as the requiem of Mozart, Fauré, Brahms; King David – Honneger, and was particularly noticed in her interpretation of Mozart’s Exultate Jubilate.

Her concerts have taken her in many Opera houses such as Massy, Metz and Nancy in France, Brasov in Romania, Anghiari in Italy, Beijing in China as well as numerous concert halls across the world: the Antique Theatre of Orange, Imperial theatre of Compiègne, of the Chatelet, Academia Santa Cecilia- Rome, Knight Concert Hall - Miami, Kravis center - Palm Beach, Mechanics Hall - Worcester, Radio France - Paris.

Currently, Julie is working on the roles of the Flute’s First Lady & Pamina, as well as Juliette, Manon and Leïla; and prepares a Poulenc recording.