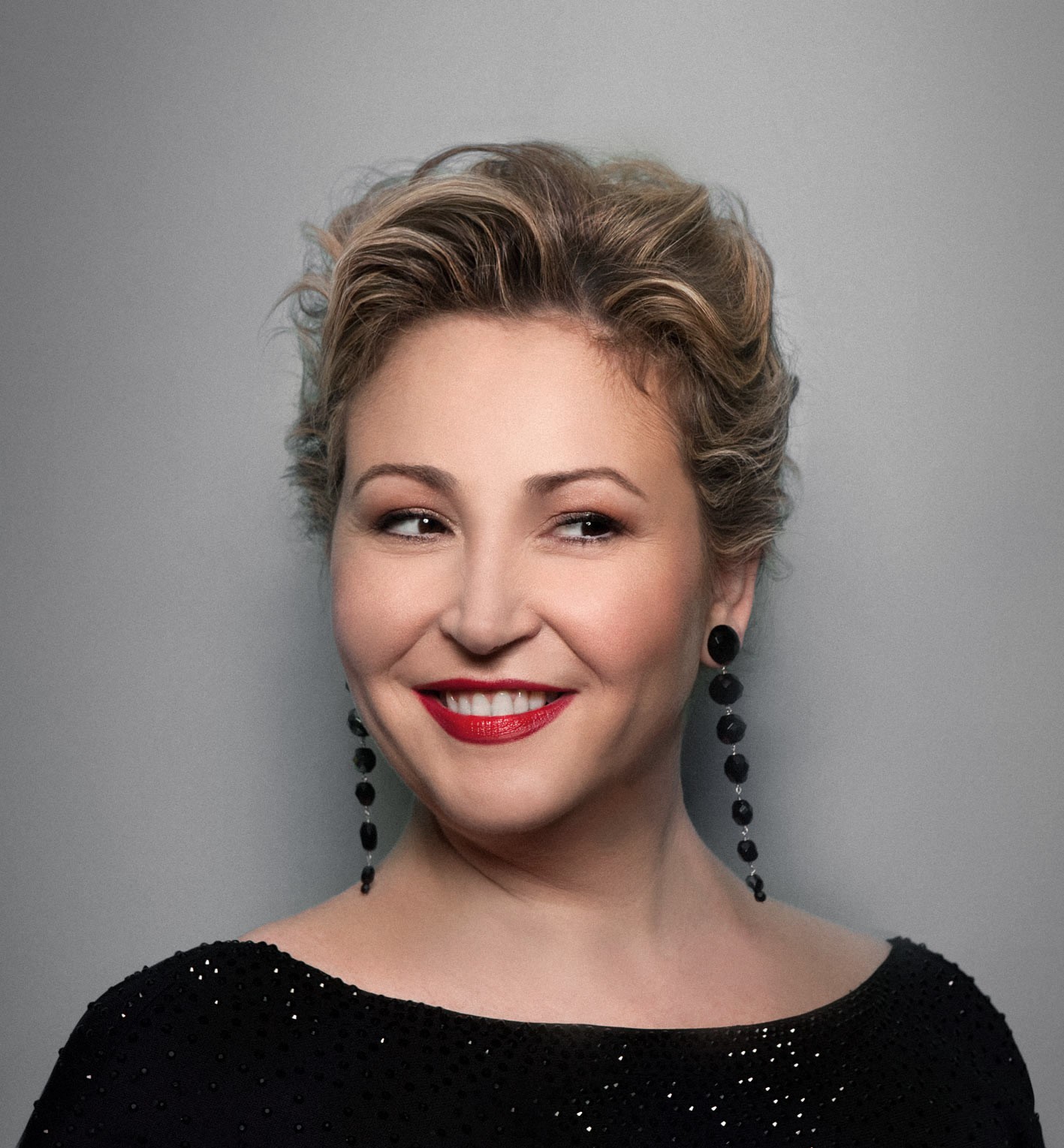 After brilliant musical studies having been a pupil of Mireille Alcantara and receiving advice from Régine Crespin, Karine Deshayes first joined the troupe of the Lyon Opera, where she performed in the roles of Cherubino, Stephano, among others, and especially in her first Rossini role as Rosina.

Her career quickly took off afterwards. She was invited to perform on all the major French stages: Avignon, Lyon Strasbourg, Marseille, Toulouse, Tours, Chorégies d’Orange, Bordeaux etc. She regularly performed at the Paris Opera where she won great acclaim in the Rossini roles of Angelina, Rosina, Elena, but also as Poppea in Monteverdi’s L’Incoronazione di Poppea, Sesto (in Handel’s Giulio Cesare), Romeo (in Bellini’s I Capuleti e I Montecchi) and in the Mozart roles of Cherubino and Dorabella. It was also at the Paris Opera that she took on the title-role of Carmen for the first time, as well as the role of Charlotte in Werther.

Karine Deshayes’s career has also extended into major international stages, including the Salzburg Festival (Die Zauberflöte under the baton of Riccardo Muti), the Teatro Real in Madrid, and the Liceu in Barcelona (the title role in Massenet’s Cendrillon). At the invitation of the New York Metropolitan Opera, she debuted in the role of Siebel before returning there to play Isolier in the Le Comte Ory, and more recently, Nicklausse in Les Contes d’Hoffmann directed by James Levine, where she drew particularly rave reviews from the New York music critiques. She followed this by performing in the role of Angelina in the Cenerentola at the San Francisco Opera, again to great success.

Subsequently, she has sung the role of Donna Elvira at the Opera of Paris for the first time, a role that she made own, as the public and the critics unanimously agreed. In concert, she beautifully played the role of Elisabetta in Donizetti’s Maria Stuarda at the Avignon Opera.

Karine Deshayes’s vast repertoire has allowed her to perform regularly in concert and recital under the direction of such conductors as Emmanuel Krivine, David Stern, Kurt Masur, Emmanuelle Haïm, Louis Langrée and Myung-Whun Chung, and with such artists as Philippe Cassard, Renaud Capuçon, Nicolas Angelich, L’Ensemble Contraste, the Quatuor Ebène, the Mahler Chamber Orchestra, and many more.

At the Victoires de la Musique Awards in 2016, Karine Deshayes was named Lyric Artist of the Year for the second time in her career.

Recently, she was onstage a great Adalgisa (Norma) at the Madrid Teatro Real and Charlotte in a concert version of Werther at the Moscow Tchaïkovsky Concert Hall. She sang for the first time the part of Concepción (L’Heure Espagnole) in a concert at the Bordeaux Opera, the title-role of Rossini’s Armida, with a triumph, at the Montpellier National Opera and of Alceste at the Lyon National Opera. She was also Roméo (I Capuleti e i Montecchi) at the Marseille Opera. In concert, Rossini’s Stabat Mater at the Saint-Denis Festival and the part of Elvira (I Puritani) at the Montpellier Radio France Festival.

This season, she will make her debut as Marie de l’Incarnation (Dialogue des Carmélites) at Brussels La Monnaie Theater and in the title-role of Semiramide at the Saint-Etienne Opera. She will also perform the role of Stephano (Roméo et Juliette) at the New York Metropolitan Opera and the title-role of Cenerentola in concert at the Paris Théâtre des Champs-Elysées.