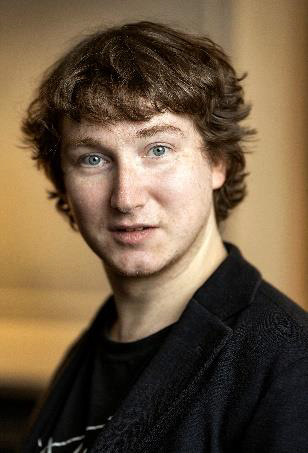 In 2014, he made remarquable debut in Mozart’s Don Giovanni at the Sevilla Teatro de la Maestranza. These critically acclaimed performances were swiftly followed by a series of symphonic guest engagements all over Europe. Highlights of the 2016/17 season featured a major international tour with Il Pomo d’Oro Orchestra and Joyce DiDonato, debut at the Opernhaus Zürich in Mozart’s Entführung aus dem Serail, and debut at the Orchestre National du Capitole de Toulouse, which has led to three programmes a year. In addition to his fourth visit to both the Toulouse National and the Real Orquesta Sinfonica de Sevilla, Maxim made in 2017/18 his debut with the following orchestras: Orchestra della Svizzera Italiana, National de Lyon, Sinfonica di Milano LaVerdi, National de Belgique, National de Bordeaux and Saint-Petersburg Symphony. n invitation to conduct the Scottish Chamber Orchestra in Schubert Symphony no.9 on a last-minute replacement led the enthused musicians to appoint him their new Principal Conductor, effective from the autumn of 2019. And on the very first days of his mandate as Principal Conductor, the Scottish Chamber Orchestra extended his contract until 2025. The 2018/19 season included his debut with the Antwerpen Symphony, Netherlands Philharmonic, Tokyo Symphony, Royal Philharmonic and Saint-Petersburg Philharmonic orchestras. Maxim also joined Il Pomo d’Oro for a three weeks tour of Asia and the Middle East with Joyce DiDonato. He conducted the Orchestra of the Age of Enlightenment at two of the major international opera institutions: the Glyndebourne Festival (Handel Rinaldo, with Jakub Orlinski in the title role) and the Royal Opera House (Handel Agrippina, with Joyce DiDonato in the title role). He returned to the Orchestra della Svizzera Italiana and to the Royal Liverpool Philharmonic. Other engagements included the Berliner Konzerhausorchester, the Iceland Symphony Orchestra, the Real Orquesta Filarmonica de Gran Canaria and the Seattle Symphony. Maxim’s 2020/21 engagements include the Geneva Grand Theatre in Mozart’s Clemenza di Tito and the Toulouse Théâtre du Capitole in Mozart’s Nozze di Figaro. Debuts with the Orchestre de Paris, the Atlanta Symphony orchestras, the Gulbenkian Orchestra, the London Philharmonic Orchestra, the Belgian National Orchestra and the Luxembourg Philharmonic. His concerts with the Münchner Philharmoniker and the Swedish Radio Symphony Orchestra have been postponed to 2022 due to Covid-19. In 2021/22 Maxim and Il Pomo d’Oro, together with Joyce Didonato, go on three different concert tours, in Europe and the USA, in Haendel Theodora – which they have recorded for Warner in September 2021 – and Eden, a programme dedicated to Nature. Other highlights of his 2021/22 season include his debut with some of the most prestigious international orchestras: Accademia Nazionale di Santa Cecilia, Royal Concertgebouw Orchestra, Rotterdam Philharmonic, Deutsches Symphonie-Orchester, Toronto Symphony, Swedish Radio Symphony Orchestra. They include returns to the Antwerp Symphony, the Orchestre National du Capitole de Toulouse, the Royal Liverpool Philharmonic and a European tour with the Scottish Chamber Orchestra, followed by appearances to the Radio-France Montpellier Festival and the Edinburgh International Festival. In 2022/23 Maxim will tour the USA with the Scottish Chamber Orchestra and will make his debut with the New Japan Philharmonic, the Osaka Kansai Philharmonic, the Bergen Philharmonic Orchestra, the Helsinki Radio Symphony Orchestra, the Czech Philharmonic Orchestra, the Rotterdam Philharmonic Orchestra and will return to the Orchestre National du Capitole de Toulouse and to the Royal Opera House in Mozart Magic Flute. In 2021 Aparté Music released Emelyanychev’s CD of the Brahms Sonatas for piano and violin with violinist Aylen Pritchin. Maxim Emelyanychev was a recipient of the Young Talent Award 2019 in the Music Section of the Critics’ Circle.The same year he was awarded an international Opera Award in the New Comer category.