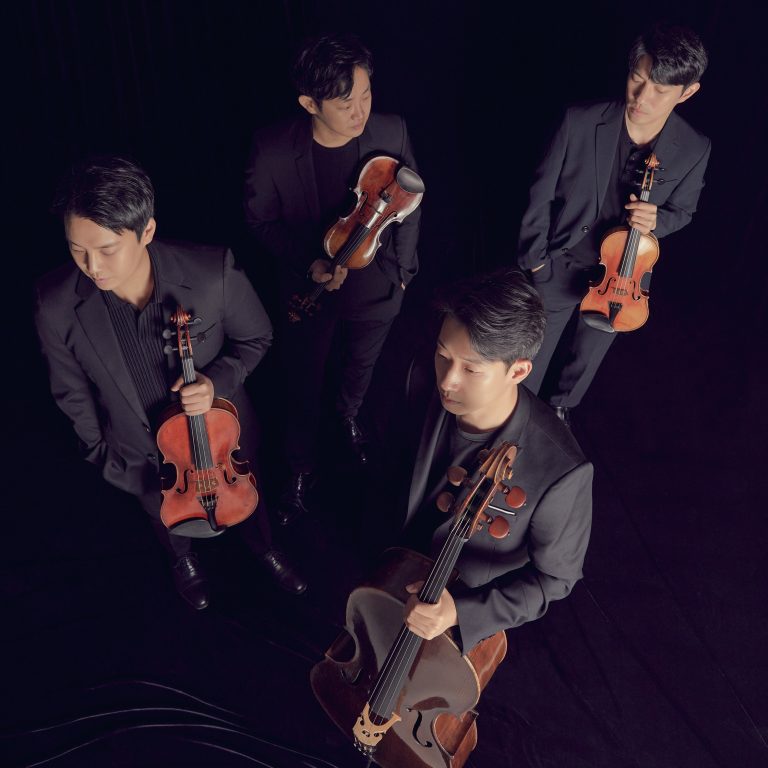 "The Novus String Quartet doesn’t need reserves and guardedness. As fiery as it approaches the classics, it already plays right at the top."

With these words closes the 2019 review by RBB kulturradio of the quartet’s third album including the Berg’s Lyric Suite and Schubert’s “Death and the Maiden”.

Established at the Korean National University of Arts in 2007, the Novus String Quartet is one of the leading chamber music ensembles in Korea, and first caused a sensation in Europe in 2012 when they earned the Second Prize in the string quartet category at the renowned ARD Music Competition. Two years later the quartet crowned itself with the First Prize at the Salzburg Mozart Competition where Lukas Hagen of the Hagen Quartet was the Jury Chair. Ever since the quartet is filling the international concert halls and inspires audience and critics likewise.

From 2011 to 2014, the Novus String Quartet studied with the Professors Christoph Poppen and Hariolf Schlichtig at the Hochschule für Musik und Theater in Munich and in the season of 14/15 at the Hochschule für Musik in Lübeck with Professor Heime Müller, former member of the Artemis Quartet. Since June 2016, the Belcea Quartet has been the mentor of the Novus String Quartet, and included them in their Belcea Quartet Trust Coaching Scheme.

Their first CD (Novus Quartet #1) was released at the French Label Aparté in Spring 2016, presenting works from Beethoven, Webern and the rarely played Korean composer Isang Yun. The 2nd recording including Tchaikovsky’s 1st string quartet as well as the sextet “Souvenir de Florence” was released in Autumn 2017, followed by the recording of the string quartet with Berg’s Lyric Suite and Schubert’s quartet “Death and the Maiden” in the Spring of 2019 which was chosen as sélection album by Le Monde in January 2019.

In the 2021/2022 season, the ensemble will perform at venues including deSingel Antwerp, the Liederhalle Stuttgart, the Liszt Academy in Budapest, and Wigmore Hall London. The ensemble will return to Basel as part of a project with the Basel Symphony Orchestra featuring excerpts from The Sirene Cycle by Peter Eötvös.