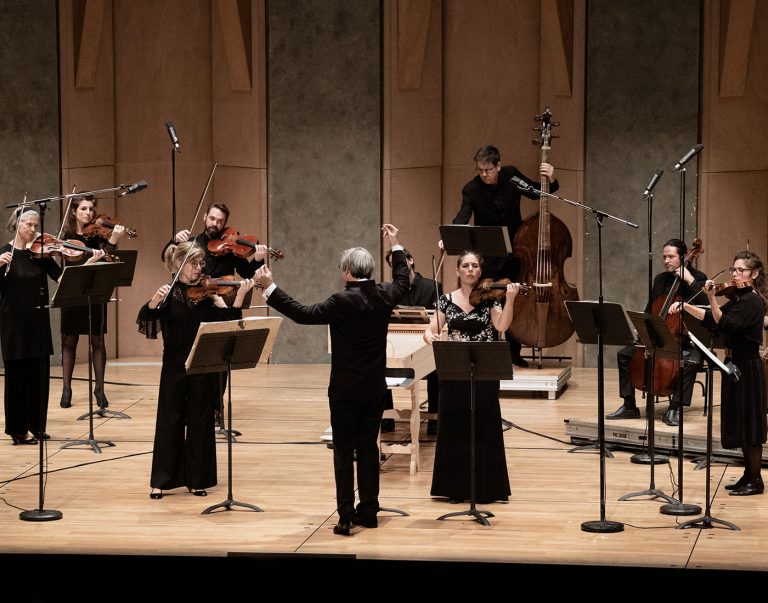 Opera Fuoco offers a unique, custom-made experience to young singers transitioning from conservatory to professional life. Singers are able to work with Maestro Stern, experienced vocal coaches and stage directors in various contexts ranging from masterclasses and recitals to large-scale performances with orchestra and fully staged opera productions. The repertoire spans not only several centuries but a variety of genres, from baroque to contemporary, including musical comedy and jazz.

In 2008, Opera Fuoco began developing its young artist program, not as an academy, but as a professional company for young singers engaged for a period of three to four years. In its 13 years of existence, Opera Fuoco’s Young Artist Program has trained approximately 50 singers from 15 different countries. Our 15 current members come from 5 different countries, and candidates from the last round of auditions represented 34 nationalities.

Opera Fuoco’s activities are largely Paris-area based, with a residence in Levallois’ Salle Ravel, masterclasses held in smaller city venues and regular concerts at the Philharmonie de Paris. An exciting recital series will begin at the Petit Palais Museum in 2020. The company has also enhanced its international reputation by developing regular performance partnerships with the Bachfest in Leipzig, the Beethovenfest in Bonn, the International Telemann Festival, the Swedish Chamber Orchestra as well as the Shanghai Baroque and Beijing Music Festivals in China.

Co-founded by David Stern and violinist Katharina Wolff, the Opera Fuoco Orchestra follows the same guiding principal as do the vocal soloists and studio singers - always finding a relationship between music and the text.

As an ensemble varying in size depending on the repertoire, Opera Fuoco’s spirit of chamber music is ever present, and its highly regarded players are often featured as instrumental soloists.

Members are equally well versed in period playing as they are in « modern » playing, adapting their instruments and style according to the repertoire, and most have been part of Opera Fuoco for over ten years.