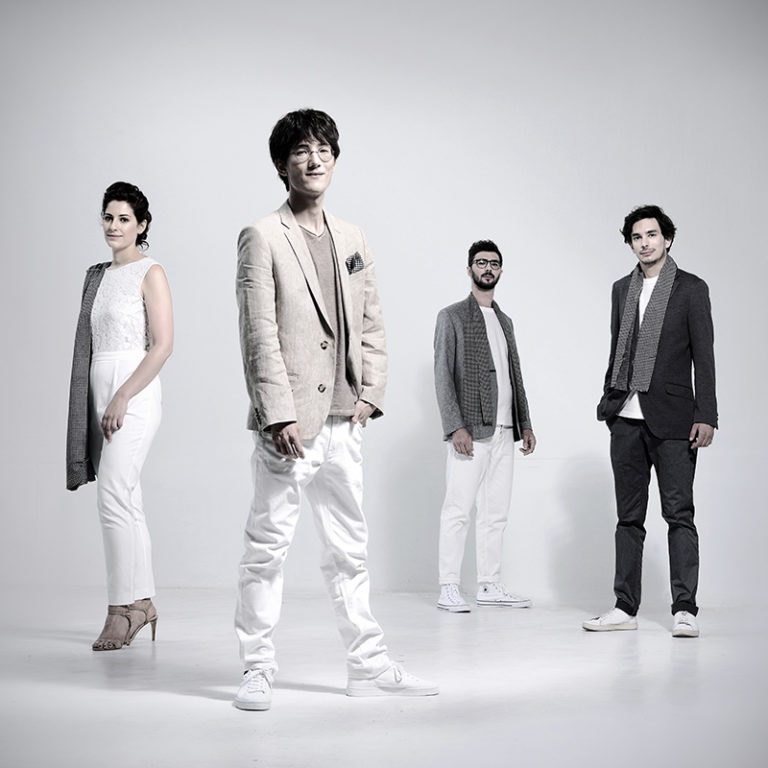 Thanks to its noteworthy and exceptional scenic presence, the Hanson Quartet wins in 2016 the second prize in Geneva International String Quartet Competition and in april 2015 the third Prize and Audience Prize at the 11th International Competition for String Quartet in Lyon. In 2014 he is also awarded of the european competition for music ensembles "FNAPEC" where he gets "Bourse de l'Académie des Beaux Arts".

Since 2015 the four musicians are in residence at the Fondation Singer-Polignac and they are supported by the « Fondation Banque Populaire ». Graduated from the Conservatoire Supérieur de Paris, the french quartet receives regularly advice from Hatto Beyerle, Johannes Meissl and Ebene Quartet. The four interprets of Hansons are particularly involved in research and understanding of the musical language. Thanks to its knowledge of the music repertoire founding the string quartet, and especially Joseph Haydn, the Hanson Quartet builds up to itself a strong identity of discourse in which intelligence and a touch of humor get involved in the delicacy and the sensibility of its interpretation.

The quartet has performed in large halls as for exemple the Wigmore Hall, the Victoria Hall, the « Auditorium de la Maison de la Radio » in Paris, the « Opéra de Lyon », the « Salle Cortot » or the « Cité de la Musique ». The Hanson Quartet is regularly invited to play through over Europe (Germany, Norway, England, Austria, Italy, Swizerland, Portugal, Morocco…) and since september 2016 the Hanson Quartet is in residency at the French Radio (France Musique). Their first CD dedicated to Haydn will be released on October 2019, the 7th!