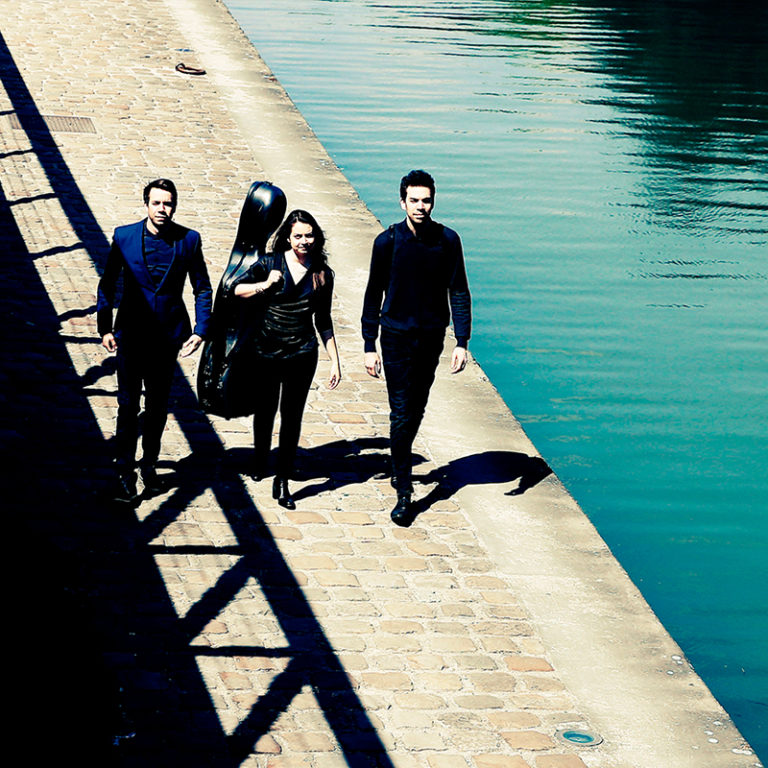 Based on the same wish of sharing their passion for music, the three young musicians who form The Trio Metral are known for their commitment and constant search of a large palette wide of meaning and feeling. The sensitive personality and complementarity of the Trio members shape an ensemble who own a veritable creative energy and an apparent complicity. They claim an independent liberty of interpretation, passing on their happiness through a substantial knowledge musical.

They are alumni of the European Chamber Music Academy, and had the teaching of masters such as Hatto Bayerle, Johannes Meissl, Ferenc Rados, Avo Kouyoumdjian, Peter Prause, Patrick Judth.

The Trio Metral participates regularly at the master-class of the Ebene quartet and Ysaÿe quartet. They are invited to the festival of Radio-France Montpellier Roussillon and to the Mozarfest at Würzbourg to receive the master-class of Renaud Capuçon.

They play in numerous festivals such as «Les folles journées» in Nantes and at the Roque d'Anthéron,  «Les Rendez-vous de Rochebonne» organised by Hervé Billaut, for «Printemps musical des jeunes talents du musée de Grenoble», and «les rencontres artistiques de Bel-Air» at Chambéry. They are sought for the illustration of «la Leçon de Musique» by Jean François Zygel, the same for the award ceremony «Prix des Neiges» awarded to Gauthier and Renaud Capuçon. The Trio Metral participates at the integrale Debussy for the season «Chambre à part» and to the festival «les Musicales du Jaur». They play for "Jeunes Talents à l’Hôtel de Soubise" in Paris, at the festival Pablo Casals, as well as at "la Cité des Arts" and at "la ferme de Villefavard". They also play through all of Europe, especially in Vienna, Florence, Vilnius, and at the festival «Le Printemps des Alizés» in Essaouira.

The Trio Metral plays at the Philarmonie in Paris as well as at the Konzerthaus and the Musikverein in Vienna.

They are ensemble invited in residence for the Roque d'Anthéron festival since 2016, and from now on laureate of the Fondation Banque Populaire. They are also Résident Artists at the Fondation Singer-Polignac.

Brother and sister, they keep their family name for their Trio, claiming their roots and heritage "savoyard" and the natural with which they live their passion musical. Their first recording was released in 2019 under the label Aparté and is dedicated to Mendelssohn.