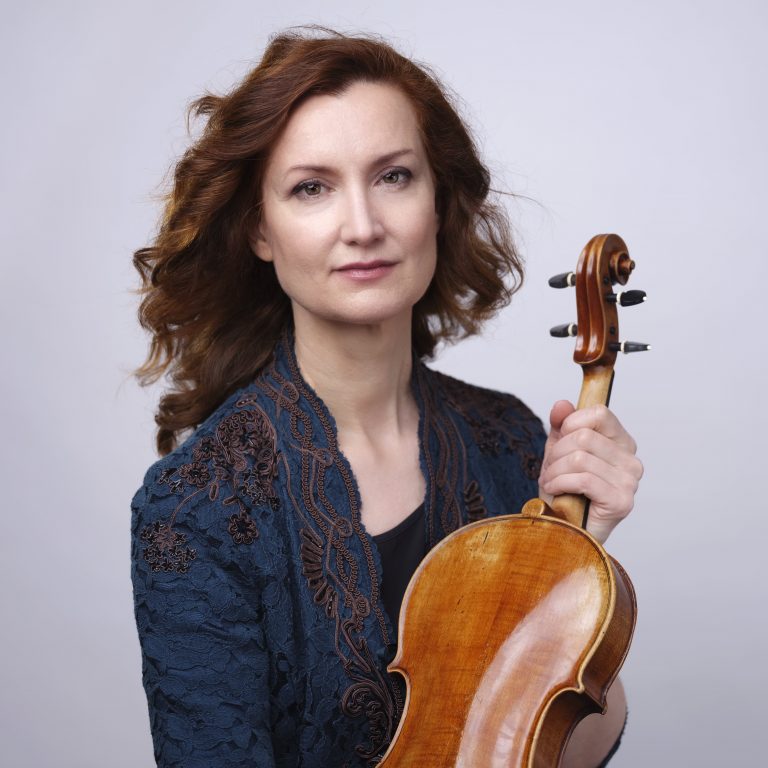 Vinciane Béranger is a multi-facetted violist who aims to bring the viola into the spotlight and build bridges between various forms of artistic expression.

The years she spent with the Manfred Quartet and her time and dedication as a chamber-music player have led to invitations to perform on some of the greatest stages worldwide, including the Salle Gaveau and the Salle Chopin-Pleyel in Paris, Victoria Hall in Geneva, Suntory Hall in Tokyo, the Mozarteum in Salzburg and the Kennedy Center in Washington.

Links between spoken text and music enrich her work. In 2019 following a residence at the Abbaye de Royaumont, she created a play named “Harold in Italy,” based on Hector Berlioz’s masterpiece. In addition, she has performed in shows based on Mozart and Debussy, created by the Helios Ensemble, at Théâtre du Ranelagh in Paris.

She performs as a soloist with European and American orchestras, and has taken part in numerous festivals including Marlboro USA, Les Arcs, Ile de France, Aix en Provence, Auvers-sur-Oise, Juventus in Cambrai, the Folles Journées in Nantes and Tokyo, the Rencontres musicales d’Evian, and the Flâneries de Reims.

Her discography, mostly with ZigZag Territoires, includes the works of Robert Schumann for viola and piano; a baroque recital for viola and harp; Mozart quartets and a quintet for clarinet and strings, as well as Werg/Webern/Schönberg for quartets and voice. In addition, a Bach/Coltrane disc for quartet, organ and saxophone highlights the links between Bach and jazz.

“The extreme finesse of Vinciane Béranger’s hypersensitive, ethereal, and always skilful bow … is a major addition to the discography. (Répertoire)

A much sought-after teacher, she works at the Haute Ecole de Musique of Lausanne (HEMU) in Switzerland, and at the Saint-Maur-des-Fossés Conservatory in France. She is a qualified viola teacher who regularly gives Master Classes and also sits on juries. Her interest in education has led her to run teacher training courses at the Conservatoire National Supérieur de Musique et de Danse de Paris. Her passion for the quartet can be seen in her teaching work for Pro Quartet.

At the age of 16, Vinciane entered the Conservatoire National Supérieur de Musique de Paris, where she studied under Gérard Caussé and was unanimously awarded First Prize for viola, also receiving First Prize for chamber music. She continued to study with Kim Kashkashian in Freiburg, Germany on the DAAD scholarship. She went on to complete her training at the Curtis Institute in Philadelphia as a recipient of the Fullbright scholarship and the French Lavoisier scholarship (awarded by the Foreign Ministry).

She plays a viola made by Pietro Giovanni Mantegazza in 1770.